The Commonwealth Environmental watering partnership between the Trust and the CEWH has moved up a notch with the construction of two new sites in Renmark, bringing the number of active sites to 12.

The Ral Ral Floodplain site (bottom right), near the Renmark hospital, and the Bookmark Creek Wetlands NW Basin site (bottom left) saw their very first watering last week. Regular flushing over the next few years will help to rehabilitate the ancient floodplains which run alongside the River Murray as it winds past irrigation blocks on the outskirts of Renmark.

These two areas have been denuded in the last 70 years by saline ground water and inappropriate inundation from storm water. The flushing will continue for up to three months and it is hoped that it will halt the decline of long lived species such as Black box and Lignum. The reduction in soil salinity will promote the regeneration of less salt tolerant plant species. We may also see the return of black swans and other waterbirds! 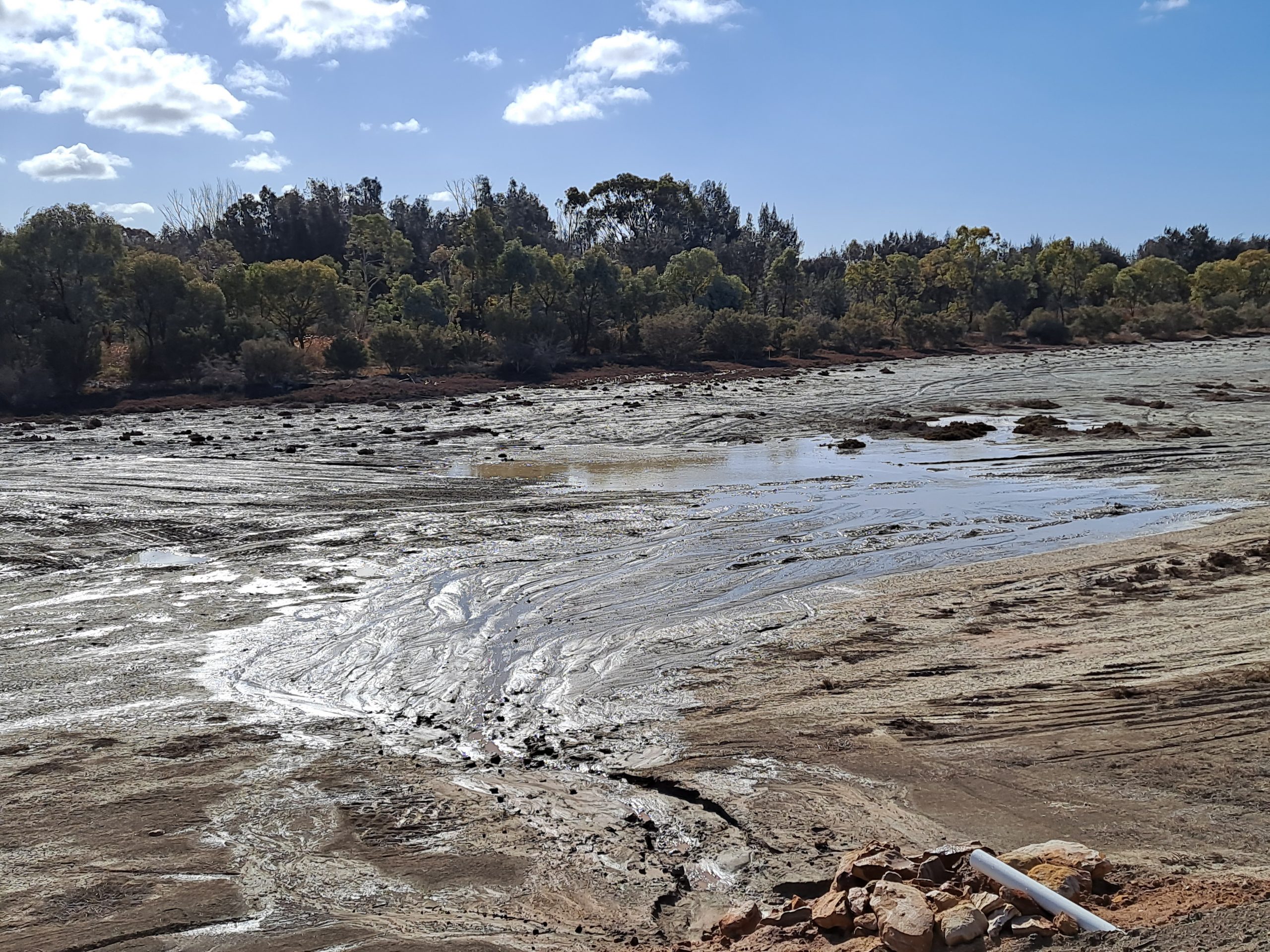